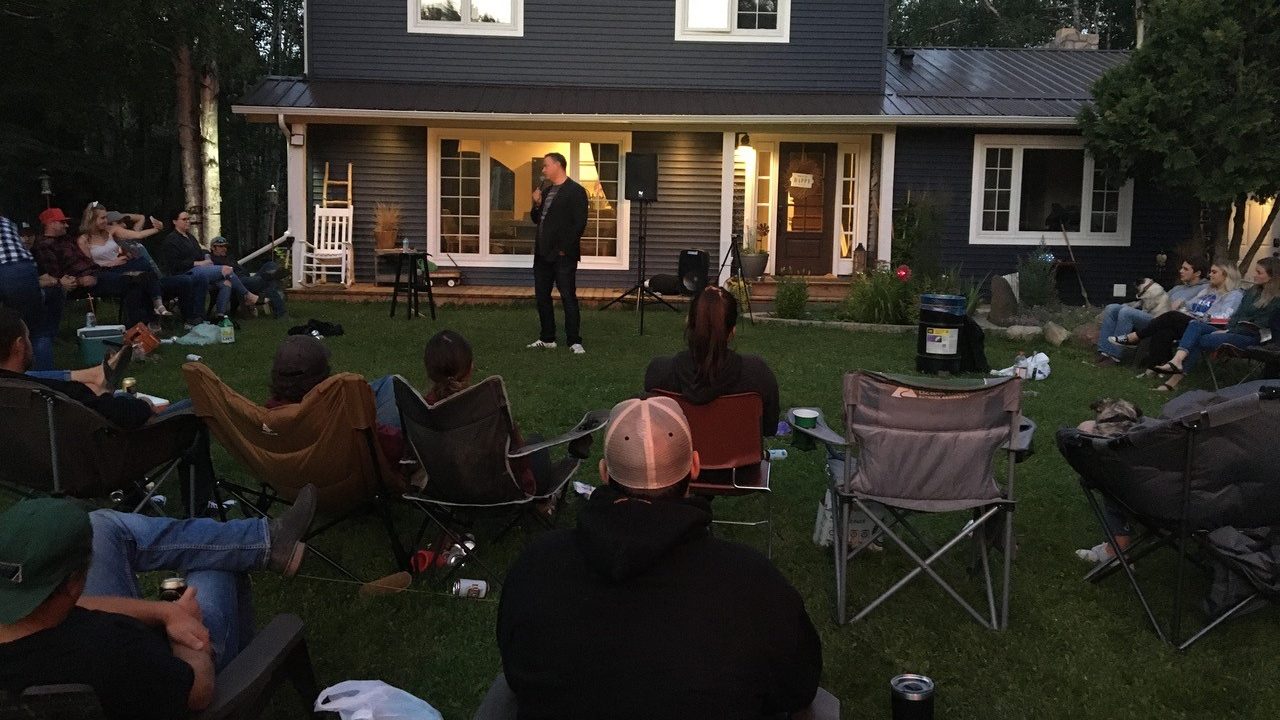 Firepit Comedy Tour was born during the early days of the COVID-19 pandemic. Having gone 45 days without performing due to restrictions, Lars Callieou and Norm Shaw seized on the opportunity to tell jokes in backyards. Where did the idea originate, you ask? Lars saw a Twitter post of four people socially distanced around a fire pit; that was the lightbulb moment!  Lars realized he could tell jokes again and sent out a tweet saying he’d put on a comedy show for anyone having a gathering! This led to the first live outdoor comedy shows in the world (since the beginning of the pandemic anyway).  On May 2, 2020, The Firepit Comedy Tour began.

Excitement for backyard comedy grew, people were clamoring for live entertainment.  With a complete lack of concerts, festivals, and sporting events, Lars and Norm did their best to fill the void. They brought socially-distanced comedy to anyone who wanted it. Over the next four months The Firepit Comedy Tour spanned an incredible 162 shows, covering over 25,000 km across 3 western Canadian provinces. It garnered international media attention and Lars and Norm shared the concept and lessons learned with many other comedians across Canada, the U.K., U.S.A and Australia. If you want world class comedy in your backyard, you’ve come to the right place!